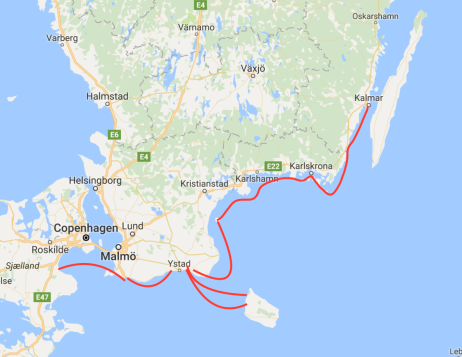 Our route around Southern Sweden

Leaving Denmark we crossed to Sweden close by the Øresund Bridge. Our first port of call was the guest harbour at Höllviken in the sheltered entrance of the Falsterbo canal. The canal is only a few miles long, but provides a useful short-cut on this corner of Sweden. We stayed here a while and rode our bikes through the pine forest to a pristine white sand beach on the Falsterbo peninsula. It was still early season and we had the beach to ourselves.  Apparently you can find amber here, but we didn’t see any, only some sea coal on the shoreline. 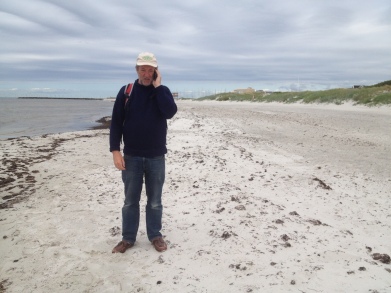 Having the place to yourself

We intended to meet up with other boats from the Cruising Association in Ystad in a few weeks, so we took our time cruising along the south coast of Sweden taking in Gislovs Lage and Abbekas. Having some time in-hand before the CA rally started, we crossed to the island of Bornholm. Although close to the Swedish South Coast, this island is Danish. We visited two ports Ronne and Hasle, and enjoyed lengthy bike rides in the sun.  Best of all, in Ronne we were moored adjacent to the ice cream kiosk…….

We hope to return to Bornholm one day. We loved the island, and there is still so much more to see

Returning to the Swedish mainland we docked in Ystad, (where the Wallander detective novels take place), and waited a few days while the 20 or so other Rally boats arrived. From here we would travel in company to Kalmar on Sweden’s east coast. Ystad is a great town with a fine marina, a quaint old centre with timber framed buildings, and all the shops that a cruising sailor might require including  a vast chandlery selling new, and unusually, second-hand boat bits. 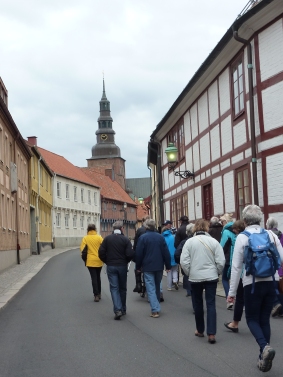 The rally was superbly organised by CA Baltic Section stalwart Nick Hill of SY Prospero. After spending the last month or so on our own it was great to have some company for a while. The rally route took in Simrishamn, the Naval port of Karlskrona, Utklippan, Kristianopel and Kalmar. The maritime museum at Karlskrona is excellent – the best we’ve ever seen, and we took a local ferry ride round the island group nearby which gave us a good flavour of the gorgeous scenery of the wider area. 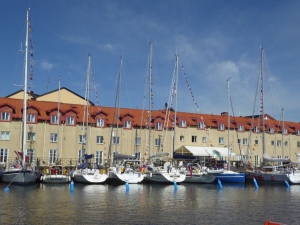 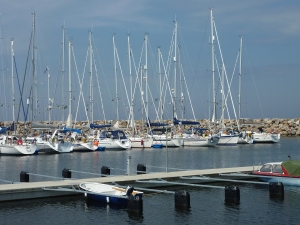 We made many friends during the 2 weeks we spent together. Our visit to the tiny island of Utklipann, on the south east tip of Sweden, ws a highlight. We just managed to squeeze the entire rally fleet into the tiny harbour, and the party that night will be long-remembered. The rally was definitely the highlight of our season, and a great benefit of CA membership. 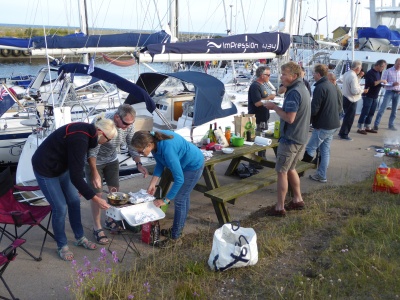 The tiny island (well really two islands) of Utklippan. Note the width of the harbour entrance.

One response to “Sweden”